The story of the Pyreans doesn’t end with Veklocks, the fourth novel in the series. Their story merges with that of the Silver Ships in Alliance, revealing a future that includes descendants of Pyre’s characters, who readers enjoy, and our adventuresome present day Omnians of the Silver Ships series. 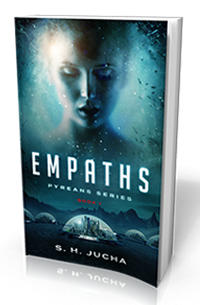 Captain Jessie Cinders faces a hazardous choice. The murderer of the governor’s nephew stands before him. But, the frightened teenager, Aurelia Garmenti, doesn’t resemble the commandant’s description of the vicious, hardened killer his security forces seek. To complicate matters, Jessie’s mind has felt Aurelia’s mental powers. The girl is an empath... 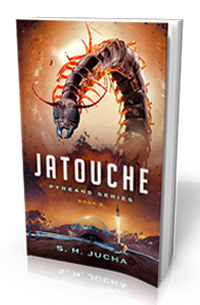 Pyre’s humans suffer multiple cultural shocks. They discovered the Messinants dome, an ancient construction that houses a quantum-coupled gate. More shocking, they find that sentient alien races utilize a network of these domes to journey between their far distant worlds in pursuit of alliance matters Pyre is a volatile planet. Its surface belches heat and noxious gases, forcing downsiders to inhabit domes. But Pyre’s instability isn’t limited to its geology. The colonists, who were marooned in the system hundreds of years ago, have endured a tumultuous history.

A triumvirate of Veklocks, emissaries of the Tsargit, the alliance governing body, negotiates with Harbour, the Pyrean envoy, about critical projects the Pyreans need. But it’s possible that the Veklocks ask for too much in return.

The Veklocks require the Pyreans to explore the extent of the Colony’s usurpation of domes.